Ayaan came in with a laptop that wouldn’t turn on we quickly diagnosed that it needed a new DC jack for charging and repaired her laptop. We were able to return her laptop the same day.

When Ayaan brought her HP laptop to the lab she was concerned she might have to spend hundreds of dollars to replace it with a new computer. The laptop had shut off unexpectedly during use and since then it had never turned back on. Ayaan had tried multiple times to get the laptop back to life and had even gone out to purchase a new charger, but still no response from the laptop.

The laptop arrived on Wednesday for an assessment and went right on the bench for testing and diagnostics. Our technicians stripped the laptop back to its component level during the course of the tests as each part was isolated and tested to find the root cause of the issue.

Quickly, it became apparent that the laptop’s charging port has completely failed. The computer had completely drained its battery and now couldn’t recharge because the charging port wasn’t working.

Our technicians then dismantled the laptop further to remove the faulty components and they were replaced with brand new ones that same day, the computer was as good as new again and passed all our tests.

At Fix My Tech we frequently repair laptops that won’t turn on, there are many reasons why they might be failing but the vast majority of those that we see are repaired the same day or the next day. Repairing your laptop is a highly cost-effective solution as it allows you to continue using the same laptop for years to come, additionally, you avoid all of the hassles of configuring and getting used to a new computer.

Ayaan’s laptop was repaired and ready for collection just a few hours after she brought it in and she will now hopefully get many more quality years of use out of it. 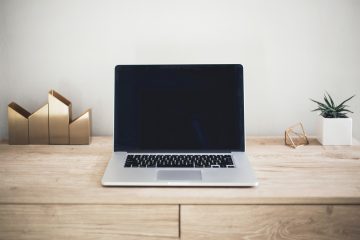 Jock came in with his laptop this week because it wouldn’t turn on. Time was of the essence as without this laptop he couldn’t begin his holiday. Jock entrusted his laptop to Fix My Tech Read more… Sophie in Caulfield requested help fixing her slow laptop. We performed a full tune-up and upgraded the storage to solid state disk (SSD). The laptop performed 10 times faster after the service and we returned Read more…

VISIT US IN STORE